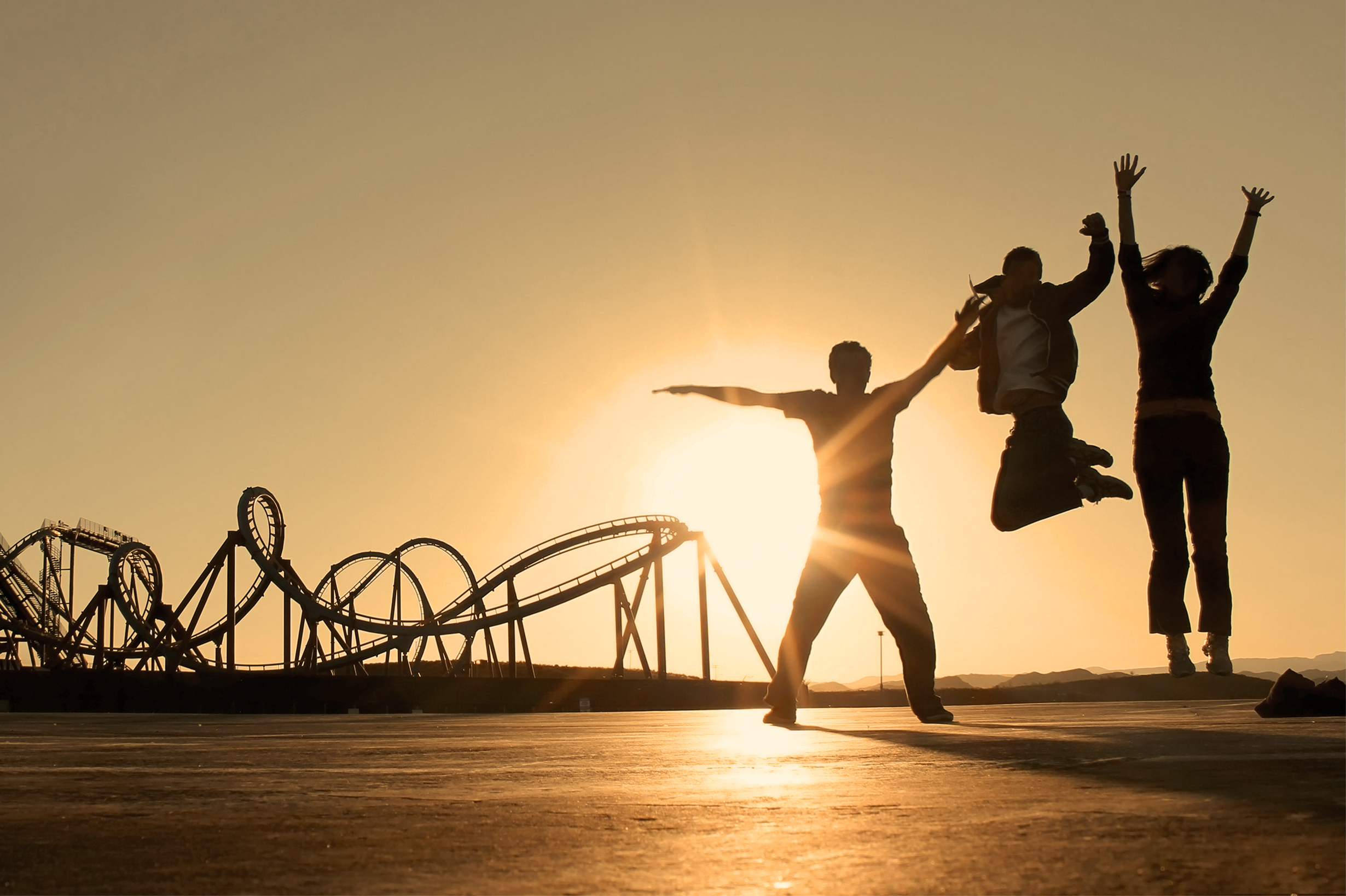 Say “summer” and “amusement park” and you probably have a mental image of sunburned parents accompanying sticky kids on a sugar high through It’s a Small World. (Or maybe that’s just us.) But there are plenty of us childless adults who love amusement parks—we mean, what’s better than hitting the heights and experiencing zero-g on the drops of some of the country’s great roller coasters? The question is, what about those of us who also love the thrill of the vape? Can we enjoy both of our passions at the same time?

Fortunately, mostly yes. The big no is Disney: Neither smoking nor vaping is allowed anywhere in Disneyland or Disney World. But this just means you can feel better about not being able to get those reservations for Star Wars: Galaxy’s Edge. Who needs it, anyway?

So let’s look elsewhere. Each of the following parks allows vaping in designated areas. Just ask for a park map when you get there. And while we’re at it, let’s pair the park’s greatest rides with the perfect e-juice to calm you down after all that excitement.

Six Flags, Magic Mountain, Valencia, CA. Magic Mountain has long been nirvana for the Southern California roller coaster fanatic. With 19 hair-raising rides, Magic Mountain definitely lives up to its title as “Thrill Capital of the World.” Suggested pairing: X2 (“the world’s first 4D roller coaster”) + The Hype Collection’s multidimensional Pink and Blue with sugary clouds that melt in your mouth. (There are 21 Six Flags parks around the country, all of which allow vaping, usually near the restrooms.)

Looking outside of Southern California? No problem! Here are some top parks where you can vape. Just know that you’ll have to be within the designated smoking area.

Cedar Point, Sandusky, Ohio. This park not only competes with Magic Mountain for the thrill-ride crown, it also has an 18-acre waterpark to help you beat the heat and humidity of a Midwest summer. Suggested pairing: a six-story plunge on Point Plummet + Illuminati’s refreshing combination of blood orange, pineapple and strawberry flavors.

Busch Gardens, Williamsburg, VA. Voted “the world’s most beautiful theme park,” Busch Gardens offers some culture along with its coaster, too, with a “classic Europe” theme, seen in the French, English, German and other villages throughout the park.  Suggested pairing: a visit to Paris + a sophisticated vape of Strawberries A La Mode from The Hype Collection.

Hersheypark, Hershey, PA. In the chocolate capital of the United States, HersheyPark is opening its “tallest, fastest, longest, and sweetest coaster” on July 24. (It should whet your appetite for the park’s new feature, Hershey’s Chocolatetown,” opening next year.) Suggested pairing: the new (so-far unnamed) ride + Chew, the mouth watering pink chewy candy from the Vape Pink line.

Lagoon Amusement Park, Farmington, UT. What began as a small resort on the shores of the Great Salt Lake in the 1880s has moved, expanded, and become one of the leading amusement and water parks in the country. You can vape at any of the “Sit and Smoke Stations” throughout the park. Suggested pairing: Cannibal, with its 208-foot tower and top speed of 70 mph + a slow drag on the relaxing Cool Blue Frost (with Menthol!) from The Hype Collection.

These are only a handful of the 400 theme parks and attractions in the United States. So go explore, enjoy those summer nights—and don’t forget to pack your mod (and the park map to check for those vaping spots).

Previous Post: It’s a Nice Day for a Vape Wedding

Next Post: WHAT OUR #VAPEFAM CAN LEARN FROM “FRIENDS”